Josh R. Henderson
President
Josh is a partner and manager with Lincoln Energy Solutions based in Greenville. After graduating from Texas Christian University in 1997, Josh began his career in field operations with Star Enterprise and later Motiva Enterprises. In 2002, he joined Murphy Oil Corporation in Houston and was later relocated to El Dorado, AR where he performed numerous fuel supply and marketing roles including retail pricing, transportation, supply and wholesale marketing. In 2013, Murphy USA was spun off from Murphy Oil and Josh was appointed Vice President, Fuels Marketing where he played an integral role in driving the company’s strategic plan. He was also responsible for all fuel related activities for the five billion gallon per year retailer, wholesaler, and terminal operator. He was later named an executive officer of Murphy USA and routinely updated the executive committee and board of directors with a primary focus on petroleum market structures, the competitive environment, and the financial performance of Murphy USA’s fuel segment. Josh joined Lincoln Energy Solutions as Chief Operating Officer in 2016. Josh also became the President of Team Logistics upon its inception in 2018.
Scott Nalley
Senior Vice President of Operations & Safety

Scott Nalley is an original founder of Team Logistics Co. but started his extensive career in transportation with Amoco Fabric and Fabrics Company in Bainbridge, GA in 1985 as an Inventory Control Analyst, where he then moved to in-house Dispatch Supervisor. In 1993, Scott joined steel fabricator, Quincy Joist Company, as a Traffic Manager. Scott was responsible for in-house and outside carrier moves for fabricated steel “super loads” from plants in Quincy, FL; Albany, GA; and Orlando, FL. Most recently, Scott was employed as Tennessee Regional Manager with Florida Rock & Tank Lines. Scott managed the day-to-day business for terminals in Chattanooga, Knoxville, Nashville, and Jackson, TN. These terminals employed over 100 team members, including over 80 drivers delivering 450,000 gallons of petroleum products daily in Tennessee, Alabama, Georgia, and Kentucky. Scott joined the Lincoln Transportation team in October 2016 and played an integral role in the joint venture between Lincoln Transportation and Mansfield Systems Inc. Scott served as Team Logistics’ Vice President of Operations & Safety, and was promoted in 2022 to Senior Vice President of Operations & Safety. Scott was educated at Bainbridge State College and is certified as a Safety Professional through the North American Transportation Management Institute (NATMI).

Kip Cobb
Director of Maintenance
Kip joined the Marine Corp in 1994 as a Diesel Mechanic and was honorably discharged in 1998. Following his time in the military, Kip went on to work for Lookout Mountain Peterbilt in Ringgold, GA as a diesel technician and was there from 1998 to 2004. From 2004 to 2007, Kip was part owner of Superior Diesel, a diesel engine services shop. In 2007, Kip returned to Lookout Mountain Peterbilt for the next three years. Following his time with Peterbilt, Kip took on the role as Shop Foreman with Triple J Logging in Summerville, GA until 2012. Just prior to his time with us, Kip worked at Florida Rock & Tank Lines as the District Maintenance Manager for Tennessee and the Carolinas from 2012 to 2017. In 2017, Kip became the Director of Maintenance for Lincoln Transportation and still holds that same position today with Team Logistics Co. following the joint venture between Lincoln Transportation and Mansfield Systems.
Eric R. Fontaine
Senior Director of Safety & Field Operations

Eric started his extensive career in the petroleum industry as a driver with Kenan Transportation in Doraville, GA. After a short time with Kenan, Eric was recruited by Mansfield Systems Inc. (MSI) in May 1994. Eric was employed as a transport driver and driver trainer for the next 11 years where he accomplished over a million miles of safe driving. As MSI’s trucking company grew, the need for a Safety Manager position was created and Eric was promoted to that position. At the time he supervised the safety and training of approximately 50 drivers and 35 trucks. Over the next 13 years Eric played an integral role in helping MSI grow their fleet beyond Georgia to North Carolina, Florida, South Carolina, Illinois and Ohio. Managing over 70 units and employing over 100 drivers. While keeping MSI’s CSA Score in exceptional standing and maintaining 16% turnover rate with drivers. Team Logistics brought Eric on as the Director of Safety in January of 2018 and was promoted in 2022 to Senior Director of Safety & Field Operations. Eric attended The Professional Diving School of New York and Northeast Trucking School in New Hampshire. He is certified for emergency response from GA TECH’s hazardous materials training.

Jennifer Walsh
Director of Human Resources
Jen joined Lincoln Energy Solutions, a parent company of Team Logistics, in January 2017 and oversees all aspects of human resources management for both Lincoln and Team Logistics. She holds a Bachelor of Science degree from Philadelphia University. Jen started her HR career in 2008 and prior to joining the energy and transportation industry holds extensive experience in manufacturing from her time with GNC Nutra & KEMET Electronics Corporation. Although she has breadth of experience across many HR functions, she specializes in compliance, employee relations and benefits. Her blend of HR experience within private and publicly-traded sectors in multi-state environments allows her to drive positive change and balance big picture with hands-on execution. 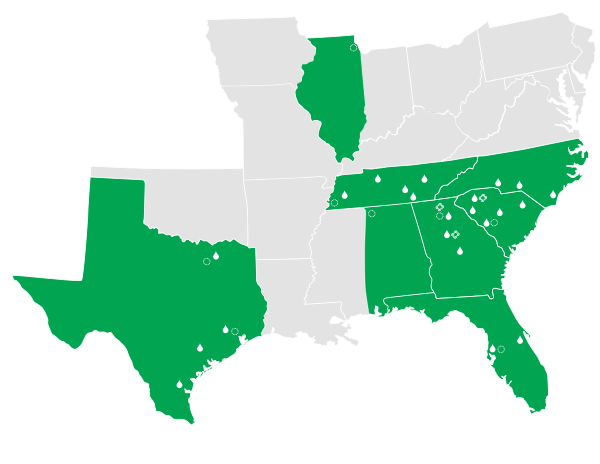 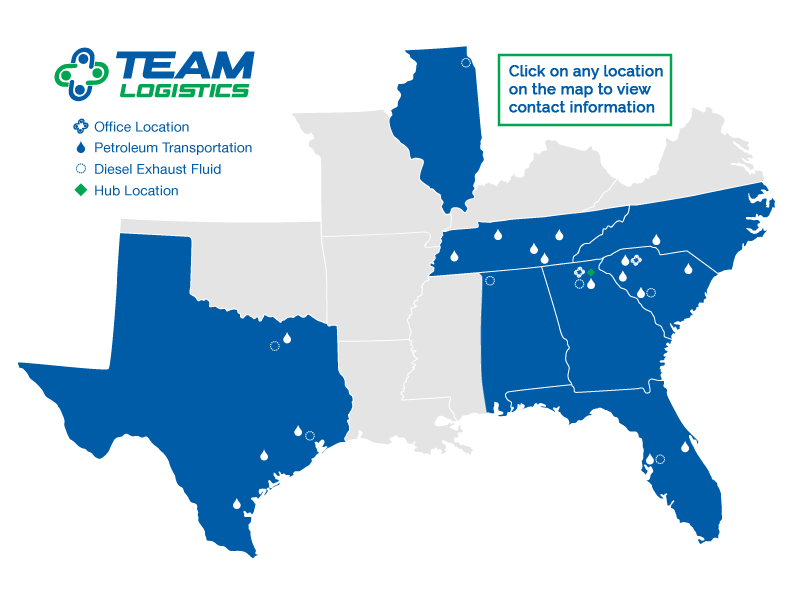